Once a month at The Regentenkamer, British Drummer Terry Knight will be joined by some of the finest musicians in the Netherlands to give a short concert, followed by an open Jam Session. The Jam session is open to instrumentalists and singers of all ages and abilities.

This month the house band will be joined by the fantastic Baritone Saxophonist Rik van den Bergh.

Born in Breda (Holland) in 1970 Rik was raised in a jazz-minded city. As a teenager he had the opportunity to perform with Dan Barrett and Tom Baker. After studying Medicine for two years he went to the Royal Conservatory in The Hague in 1992.
Rik is one of the few Dutch baritone saxophonists who dedicated himself completely to the baritone only. His playing is rooted in that of Pepper Adams, Harry Carney and Charlie Parker.

In 1999 he won the Japanese Kobe Jazz Award and toured in Japan as a soloist twice. In Holland he toured with the legendary Teddy Edwards and joined Peter Ypma & his Eleven, Frits Landenbergen’s Baileo Big Band, Young Sinatras and the Rotterdam Jazz Orchestra. He led his own quartet Swingmatism with whom he recorded two cd’s. Every now and then he performs with his saxophone-band The Reeds with whom he recorded ReSerge (2007), a tribute to baritone saxophonist Serge Chaloff. Together with baritone saxophonist Niels Oldin they toured through Denmark as the three-baritone-band Baritone Blow Up! twice (2015, 2017). The third baritone saxophonist was the four time Down Beat winner Gary Smulyan. Rik initiated this band after a performance with Jan Menu and the legendary Ronnie Cuber.

Rik will be joined by: 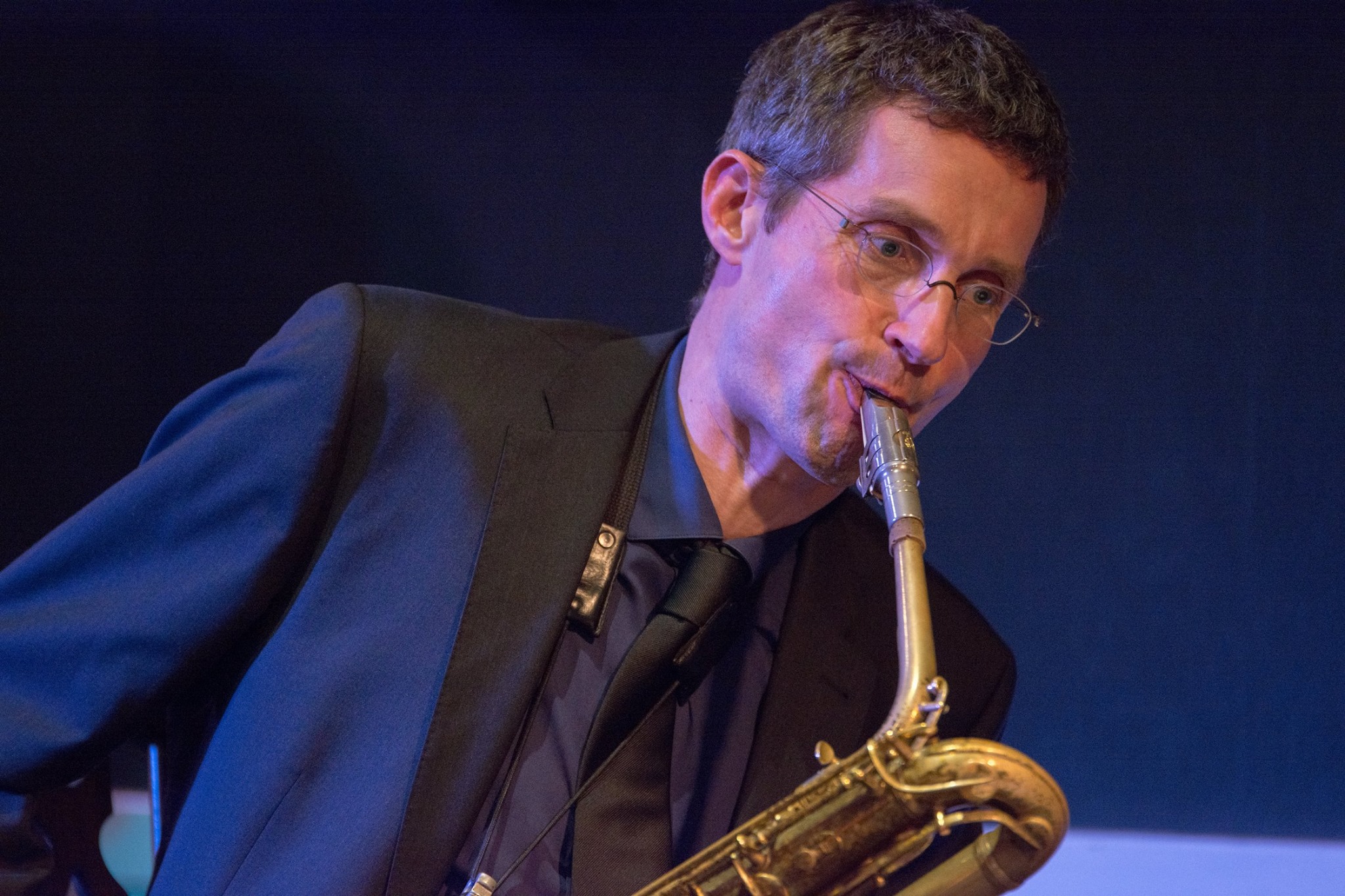